The tech-giant TCL recently revealed some details about the upcoming plans which are mainly focused on the concepts of the foldable screens as well as devices at one of the private briefings, which was held at the MWC, and the company has been working on the same since a significant amount of time. These devices are said to have no names at all and there are no clear release dates for the same that are available at this point of time and the only thing that is certain about these is the fact that these look really good in all the aspects. 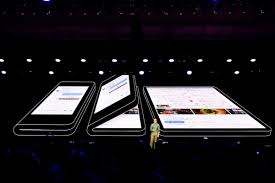 Out of all the parts of the same, the only part that seems to have a name is actually being called as Dragon Hinge, and this is said to be using quite a complex system of the gears and this is being done to facilitate the motion which is a type of folding motion, as far as all these devices are concerned. Not much information has been shared by the company till now, when it comes to the working of this particular design, and it has also not allowed the photography of all the mechanism of the same.

The company is also one of the biggest manufacturers of a few products including the display panels as well, and it is also known to be one of the biggest providers of these panels as it provides the same to many customers in the entire world. But the company is also trying to explore some other aspects as well, rather than being limited to these foldable display devices only. But the company also wants to be an option for all the potential customers all over the world if in case the demand for these foldable displays rises in the near future.