UK’s organ donation consent law that was awaiting changes has cleared its last hurdle in Parliament and is now known as Max and Keira’s Law based on the name of the children that donated and received a heart transplant. Under this new law that will become effective next year consent of a dead person with healthy organs will be presumed given unless the dead individual has expressly stated that they do not want to do so. This form of voluntary opt-in voluntary donation scheme has been has been a part of law in Wales since 2015 December. 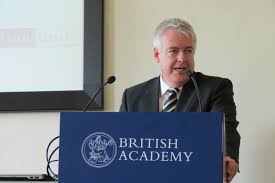 Due to this law consent for organ donation is the highest in Wales in UK at nearly 75 percent. And there is a voluntary system for opt-in organ donation in Northern Ireland the success of which has prompted Scottish Parliament to consider one for its region. Governmental ministers argued that change in rules within England could save lives of nearly 700 people every year by increasing number of donors and organs. In this case of Keira and Max the former was just 9 years old when their family was involved in a road crash.

When doctors at Bristol confirmed that they could not save the child, her father was approached by organ donor for consent to use her healthy organs on three people. He explained to BBC that though his family and he had never discussed the subject within the family but he knew that she would definitely have consented for donation. So her organs were used to save four people’s lives among which one was 9 year old Max Johnson who go the heart. Max was at a Newcastle hospital during Keira’s accident with a heart failure brought on by viral infection. The success story of Max and the fresh lease of life that it gave him prompted UK prime minister to pledge for introduction of this law.