Tesla has introduced cars in the market with self-driving potential. However, this feature is highly criticized by experts who have doubts about self-driving technology of Tesla cars. They have also criticized Elon Musk, the CEO of Tesla, commenting that he has been exaggerating this technology to increase sale and also causing safety concerns. 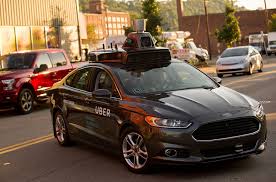 Tesla had announced on February 28, 2019 the price of Model 3 cars to be $35,000. Customers need to pay an additional $5000 to avail the self driving potential. Tesla’s website had earlier mentioned that with the new update which would come later this year. These cars would be able to drive automatically on the streets of the city. A spokeswoman from Tesla although denied to reveal details on this potential but said that these cars would require active supervision from drivers and the cars are not autonomous by themselves.

Experts have stated that the self driving potential is merely partial. It would be able to perform small driving skills like maintaining the speed on highways with other cars but only with wise and careful supervision from drivers. Vehicle experts said that when a car has complete self driving technology, it means that individuals can sleep in the back seat without hesitation. They would not even need to handle pedals or steering wheel.

Self-Driving Coalition for Safer Streets, which is a group working with biggest companies in self driving technology like Volvo, Waymo, Uber, Lyft or Ford also said that self driving cars provides advantages to customers to safely leave control in some specified areas, for instance, cities. However, public are not able to understand this technology and as a certain result, there are several misconceptions. A study conducted in 2018 said that 71% drivers said they can afford self driving cars in spite of zero availability of such cars in the market at present. If Tesla feeds the misconceptions of people, it would crash down sooner.