J&J said this Thursday that it is going to add the medicine prices produced by them to the television commercials from the next month, by becoming the very first drug maker to take notice of President Trump for maintaining drug’s price transparency while advertising to the consumers on television. This health conglomerate announced that it will have both list prices of the products- the price of medicine before discounts or rebates to the pharmacy managers or insurers and the prospective out of the pocket costs which the patients are going to pay. The announcement of this move was stated on the website of J&J which won praise from the Secretary of Health & Human Services for United States named Alex Azar. 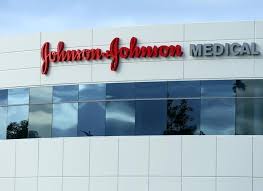 During May 2018, Alex Azar’s office has released the blueprint for cutting down the costs of drugs, which included the proposal for getting the list price of drugs disclosed through the television ads. We admire J&J for identifying value of advising consumers regarding the list prices & for doing this voluntarily. The company call on the other manufacturers in order to follow the lead, says Azar during the statement.  The ads for blood thinner medicine Xarelto, Johnson & Johnson’s most popular prescribed medicine, is going to be screened initially on television including its price, says the company. The medicines used for preventing the formation of blood clots in the blood costs around &450-$540 per month.

The congress has already increased its inspection over the pricing of drugs in the US since the Democrats got control from House of Reps in the month of January, while the pressure was also coming by the Senate. The Republican Senator named Chuck Grassley, the Chairman of Finance Committee, & Roy Wyden, the Democratic Senator have invited some executives from 7 pharmaceuticals companies on Monday, including Johnson & Johnson, to testify the hearing on February 26 on the rising prices of drugs.

Top Stories Tags:Johnson & Johnson To Be The 1st Drugmaker To Add Medicine Prices To TV Ads