On the release of its 4th quarter fiscal earnings, Dollar Tree announced that it is closing its 390 family Dollar shops in 2019 and is renovating other 1000. Dollar Tree is retailer deals in discounts, on their announcement of closing stores, Gary Philbin said that the company is taking right steps to rebuild the brand’s value. Through these steps, we’ll be able to increase the company’s profitability. Dollar Tree is focused to gain handsome incentives in by next fiscal of 2019. 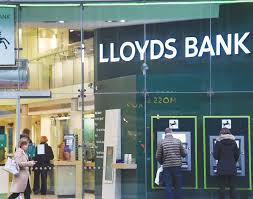 The stores which are listed for renovation will offer alcohols and will offer a $1 ‘Dollar Tree’ merchandise unit an enlarged freezer is scheduled for 400 other stores. Around 200 Family Dollar Stores will get rebranded to Dollar Tree Stores, as of Feb 2nd the company has 8236 Family Dollar locations and 7001 Dollar Tree stores.

Wall Street estimates went wrong when the company released its Family Dollar earnings, after adjusting them heavily as $2.73 billion including other charges. Through the adjusted way, the company stated its profit as $1.93/ share in the tenure of 13 weeks, which got ended on Feb 2nd against the value of $1.92 per share which was compiled by Refinitiv. Coming to stores which were open for 1 year, the estimated sales value was 1.5% but got the value of 2.4%. The company’s revenue was quite sound like $6.21 billion when gets compared to Wall Street’s estimated $6.19 billion. However, the total revenue generated was less than the company’s last year revenue which was $6.36 billion.

Looking at the adjusted values, the company faced $2.31 billion or $9.66 per share as a loss in 2019, whereas in the same quarter last year, Dollar Tree was a profit of $1.04 billion, i.e. $ 4.37 per share which had an extra week. Company’s share went up by nearly 4% in trading of intraday. The recent report comes after Starboard (activist investor) forced the company to sell its stores along with updating its pricing Starboard possesses 1.7% of Dollar Tree’s stake.