According to a recent study, the first and distinct outcome of daily mild stress is an elevation in REM (rapid-eye-movement) sleep. The research also illustrated that this raise is linked with genes engaged in cell death and survival. The study was published in the PNAS. REM sleep—which is also called as paradoxical sleep—is the state of sleep in which most of the dreams occur and is entailed in the control of memory consolidation and emotions. REM sleep interruptions are normal in mood disorders, like depression. Moreover, there was less known regarding how sleep variations are associated to molecular changes in the brain. 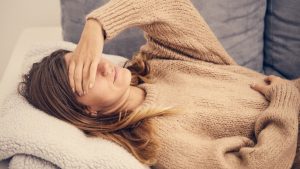 In this 9-Week study, led by scientists from the SSRC (Surrey Sleep Research Centre) at the University of Surrey in partnership with a pharmaceutical company Eli Lilly, mice were irregularly exposed to a range of mild stressors, like the odor of a predator. The mice exposed to mild stressors had developed symptoms of depression, and found that were less involved in self-care activities, less interested in participating in pleasurable activities like eating appetizing food, and less social. Tracking their sleeping patterns, scientists found an increase in the span and stability of REM sleep and precise brain oscillations attribute of REM sleep, while the non-REM sleep—or “deep” sleep—did not change. The variations in REM sleep were very strongly associated with a deficiency in the controlling of stress hormone corticosterone.

Speaking of sleep health, recently, it was found sleep loss increases pain sensitivity and reduces brain’s painkilling response. For the first time, scientists at the UCB (University of California, Berkeley), have answered how poor sleep affects the pain by identifying neural problems in the sleep-lacked brain that can strengthen and enlarge the pain of sickness and injury. This study was published in the Journal of Neuroscience.