A Google research effort which is being considered as one of its highly promising efforts, has finally found its way out from the laboratory into the public eye. According to a statement released by the tech giant on Monday, Google will be forming a partnership with its sister venture called Verily. The collaborative project will be based on screening medical imaging with regard to diabetic macular edema as well as diabetic retinopathy. The two conditions continue to affect millions of human beings globally.

If reports are to be believed, nearly 347 million people suffer from diabetes worldwide. Further, these two conditions constitute the major causes when it comes to preventable blindness condition in adults. Alarmingly, millions of at-risk people for this disease do not get the proper treatment they require, especially when it comes to communities based in rural areas and belonging to the low-income strata. 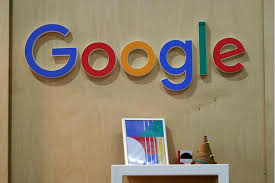 Years of study and research on this project has resulted in the technology finally making its way to Madurai, India where it has been utilized in the Aravind Eye Hospital in Madurai. According to a blog post made by Sunny Virmani, who is the project manager at Verily as well as Kasumi Widner, who works as a program manager at Google, the algorithms have been found to perform at par with eye doctors as well as retinal specialists when it comes to detecting the concerned disease during medical imaging. Both the companies are subsidiaries of Alphabet, which is the parent company Alphabet. Each company currently has the approval of European regulators so as to utilize this technology in real world scenarios for screening common types of eye diseases related to diabetes.

Till date, most efforts in the States have chosen to focus on utilizing these algorithms in order to assist doctors, in other words, sort through large amount of images so as to prioritize patients who are at the highest risk level of being affected by the disease. Following this step, human experts can be consulted for making a diagnosis.

Google Combines All Its Travel Planning Functions Below One Site Technology