Amid a lot of controversies over the gene-edited babies, the US National Institute of Health has asked for an immediate ban on research of re-engineering the human species. Prof. He Jiankui is the world’s first scientist who tweaked the genes of twin babies to eliminate HIV traits from their DNA. But, many scientists have been criticizing his work and asking for a five-year ban. 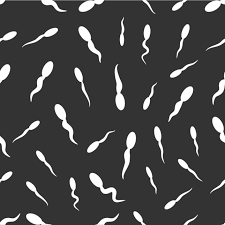 Scientists have stated in a famous journal, Nature, that these kinds of practices need speed bumps. The human DNA is the base which decides the health, color, physique, diseases, etc and if you can want any changes or any preferences then by altering the structure of DNA accordingly, the preferred traits can be obtained. It was almost impossible before Prof. He proved it by his research but now many scientists are against his work. They believe that the changes which we are making in the DNA are uncertain as well as permanent. The changes which are being made will be passed down to future generations and no one is sure that those modifications are safe or not.

Prof. He announced the birth of Lulu and Nana last November, the twins whose genes were modified by gene-editing tools to protect them from HIV. He said that he understands the importance of his work and it is obvious that his work is facing so many controversies. But he believes that many people are in great need of this technology so he will continue with his work and deal with the criticism.

Some searchers are against the five-year ban of this revolutionary research as they can be adopted to cure diseases and resolving many issues with the human race but with proper laws and regulations. They added that instead of using it on a child, it should be used on adults because in that way it won’t affect any future generation.