Parkinson’s disease is a rare disorder and by-products, demography of industrialization are now assisting to a looming disease’s pandemic, as per an article published in the Journal of Parkinson’s Disease. According to experts, this pandemic can be deal by the Parkinson’s community establishing a “PACT,” which means to prevent the disease, advocate for regulations and resources intended at decreasing its progression, care for all those distressed, and treat with novel and effective therapies. Neurological disorders are currently the main cause of disability universally, and the rapidly growing neurological disorder in the universe is Parkinson’s disease. 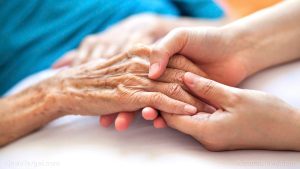 Reportedly, Parkinson’s disease is a gradually progressive disorder that strongly affects muscle control, movement, and balance. In 2014, around 5,000 to 10,000 people from 65 Million in the U.K. died due to Parkinson’s disease. From 1990–2015, the number of patients with this disorder doubled globally to more than 6 Million. Ray Dorsey—Lead Author of study from the URMC (University of Rochester Medical Center)—stated, “The number concerning this disease is spreading and rising. In the previous century, society has effectively encountered pandemics of breast cancer, polio, and HIV to varying degrees. The main reason for the success of these endeavors was uncontrolled activism.” Considering these examples, the authors state that the Parkinson’s community establish a “PACT” to deal with the disease through understanding the main causes (genetic, biological, and environmental), developing novel care models that look to bring specialist care to all, and advancing new highly effective therapies.

Speaking of the Parkinson’s disease, recently, it was found that levodopa and carbidopa do not alter disease in early stages. For individuals at early Parkinson disease stage, treatment with levodopa along with carbidopa has no disease-altering effect, as per to a study published in the NEJM. Constant V.M. Verschuur—from Amsterdam Neuroscience—along with colleagues stated that whether longer periods of administration, higher doses of the drug, or initiation of the drug at next stages of the disease did not modify the course of Parkinson disease.