Memory loss can occur in several diseases other than neurodegenerative disease, for instance – dementia. It can also occur due to age or associations to mental health issues, for instance – depression. However, researchers from Centre for Addiction and Mental Health in Toronto were into making new compounds that can wipe out the issue of memory loss which are believed to be linked with age and depression. Dr. Etienne Sibille said that there are no medications or treatments to deal with cognitive systems like depression, memory loss or aging. 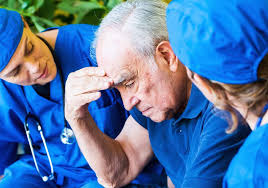 The new developed compounds that have already passed the preclinical trials did have the potential to resolve memory loss faster. Also, these compounds were seen to fix the root problem of the brain due to which the memory loss issue begins at all. Dr. Sibille and his team held out several experiments to find the exact set of compounds and reach a suitable conclusion.

In the 1st step, the team found out interruptions to receptors of brain cells in the GABA neurotransmitter system. Older researches heavily directed towards GABA system for causing mental health issues such as anxiety or depression. GABA system also aids in maintaining the communication between specified brain cells and their functions. The latest developed compounds fall in the group of modified benzodiazepines, which has the ability to activate GABA neurotransmitter system. The trial was done on mice with stress-induces memory loss. 30 minutes after giving the compound, memory function was back to normal.

For testing the compound on the issue of memory loss due to aging, aged cells were seen to regrow and act as young brain cells, thus the compound not only modified the brain but also improved the symptoms.

Dr. Sibille believes that within next 2 years, he would be able to test the safety and worth of the compound and then it can be used by humans.