Bitcoin fortune has been ended now, leading to the extreme downfall of its value. 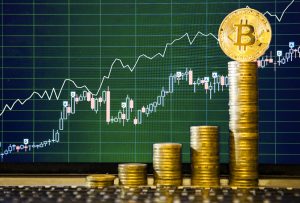 Jan Van Eck—Van Eck Associates’ CEO—said that under such circumstances of the plunge in bitcoin value, the cryptocurrency investors are willing to invest in a more traditional commodity.

If gold shares would get a considerable hike in the current year, then the shares can be managed in different ways, of which one is through gold EFTs, said by Van Eck. His company developed the most popular gold ETFs: the GDXJ junior gold miners ETF and GDX gold miners ETF.

During the fourth quarter of 2018, the GDX ETF perked up by 14%, while the S&P 500 shares fall down by 14%. However, the growth efficiency has not remained the same in the year 2019. In the last week, the GDX was up by less than 1% based on the trading in January and the S&P 500 hiked by 6 percent during the January trading.

Tron—globally expanded cryptocurrency platform strongly competing with Ethereum—has spurred by over 10 percent at the end of the previous week, dragging the capitalization of top ten cryptocurrencies above $2 Billion in total.

The value of Tron was increased and surpassed both stellar and litecoin. Now, Tron has now been positioned seventh in the list of top ten cryptocurrencies ranked on the basis of capitalization.