Over-consumption of alcohol may prompt a lifelong genetic modification, resulting in an even more craving for alcohol, according to a research done by the scientists at Rutgers and Yale University School of Medicine. The study is published in the journal Alcoholism: Clinical & Experimental Research. 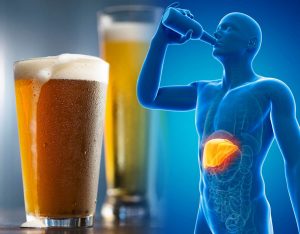 Dipak K. Sarkar—director of the Endocrine Program at Rutgers University and senior author of the study—said that the scientists have discovered the high possibilities of DNA alteration in people who drink heavily. The gene alteration took place in such a way that their craving for alcohol becomes even more. This concept is offering a better explanation and the reason behind alcoholism as a powerful addiction. However, the research could possibly discover some new ways to prevent and treat alcohol addiction efficiently.

Based on the 2016 report released by the World Health Organization, excess alcohol consumption has led to more than three million people deaths, which is five percent of overall global deaths. Of the alcohol-consumption deaths, more than 75% among them were men.

The researchers specifically focused on two genes concerned to manage the drinking behavior in humans: PER2, which has the ability to manipulate biological clock of the body; and POMC, which helps in regulating the body’s stress response.

The researchers examined the group of moderate and heavy drinkers and discovered that the two genes in heavy drinkers have altered through the process of methylation. Also, the rate of gene expression was also slowed down in case of heavy drinkers.

In another experiment, stress-related, alcohol-related, and neutral images were shown to the drinkers. Also, they were shown beer cans and offered to taste. During the situations, the drinkers’ motivation was evaluated, which revealed the alcohol-consumption causing genes alteration in heavy drinkers is associated with an increasing desire for alcohol.